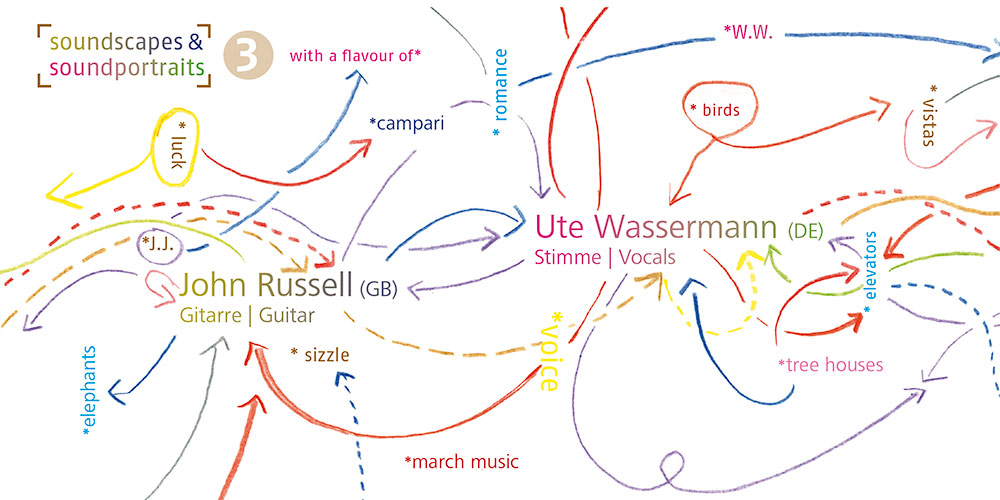 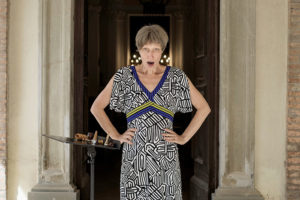 As a vocal artist and composer, Ute Wasserman is well-known for her multifaceted tonal language, which she performs in various contexts of experimental music. Her vocal style differs from the usual sound of the human voice and elicits associations of birds, machines or electronics. Furthermore she “masks” her voice with the use of bird whistles and sings through resonating and sound amplifying objects, and she creates sound installations.

Ute Wassermann studied Fine Arts (Sound installation/performance) at the University of Fine Arts Hamburg and the University of California, San Diego, with Henning Christiansen and Allan Kaprow, among others. As an improvisation artist she regularly performs with internationally known musicians. She is a member of the Berlin based composer performer ensemble Les Femmes Savantes. In contemporary music she performs as a soloist at festivals, on stages, in museums, and clubs throughout Europe, Australia, Asia and the US. She is the recipient of several scholarships, in 2015 for example she got a grant from Civitella Ranieri Foundation, Italy. 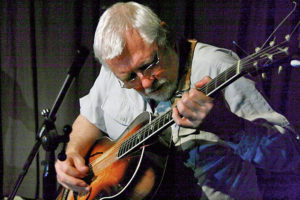 Russell favors wide intervals, a resolutely segmented, percussive attack, and systematic variation of timbre and means of production (open string, fretted, harmonic, behind-the-bridge pling). In a duo, his playing is more energetic and obvious than in a trio or bigger ensemble. With only one other player to react to, Russell responds rapidly to every phrase, generating a full and fluid soundscape. It is difficult to judge which is the more impressive, the speed of his brain or that of his fingers; but both have to be spot on to produce improvised music this fluid and fluent.

John Russell got hold of his first guitar in 1965 and began playing in and around London from 1971. His involvement with the Free Music scene came early, from 1972 onwards. From 1974 his work extended into teaching, broadcasts (radio and television) and touring (continuing) in the United Kingdom and abroad, including Austria, Belgium, Canada; Denmark, Estonia, France, Germany, the Netherlands, Italy, Luxembourg, Sweden and Switzerland.

Soundscapes & Soundportraits is a Projekt by Harri Sjöström and Andreas Wolf